Since my first visit to Amsterdam back in June 17’, when walking through the city as a tourist, appreciating details in the infrastructure, streets names, canals, shops, there is this one thing that specially called my attention because of its repetitive appearance, the ❌❌❌. When initially saw it in some places, I made the obvious relation to sex… especially when you get the Red light district feeling and the various souvenir shops with explicit material! But then noticed it is everywhere, engraved in municipal plates, public trash cans, buildings, in streets deco and in flags… So what’s with the XXX in Amsterdam? 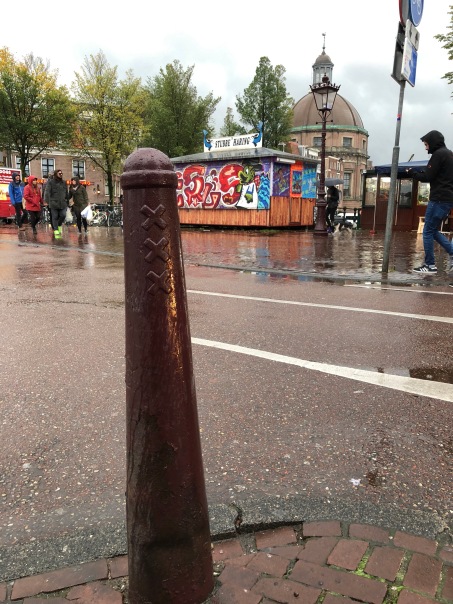 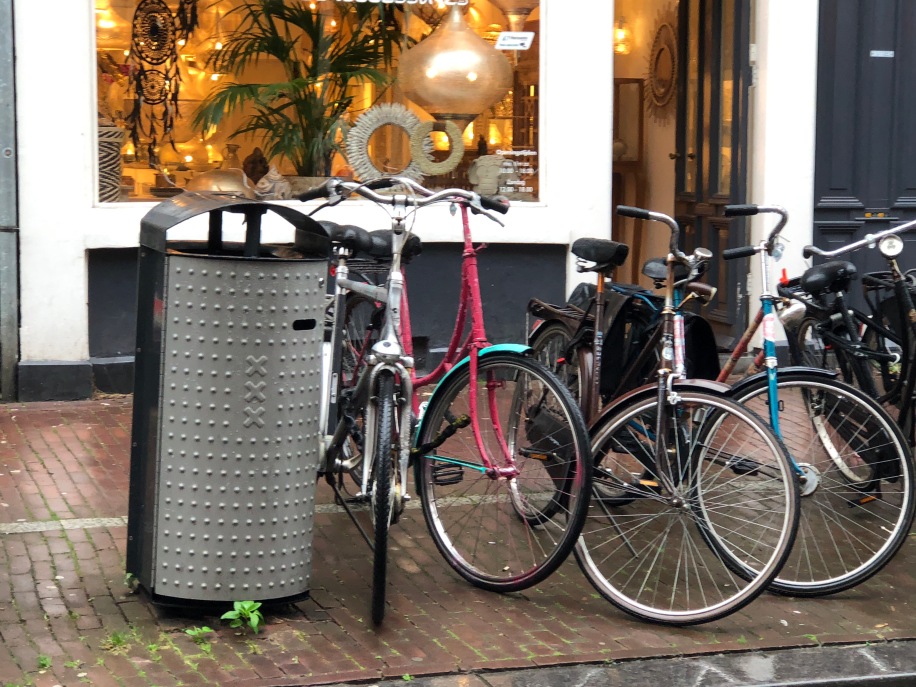 Trash cans around the city

In that occasion, I asked some people in the souvenir shops I visited in the touristic area, but they didn’t have an answer for me or just gave me a vague response about the freedom of the city, probably because they are not Dutch, they were also expats since about 50% of Amsterdam’s population are international residents!

So it was time for some research and this is what I found:

The coat of arms of Amsterdam is the official symbol of the city. It consists of a red shield and a black pale with three silver Saint Andrew’s Crosses, the Imperial Crown of Austria, two golden lions (which are also a special symbol for the Dutchies), and the motto of Amsterdam. Several heraldic elements have their basis in the history of Amsterdam. The crosses and the crown can be found as decorations on different locations in the city.

There are various theories as to what the X’s stand for. The most popular theory and  what amsterdammers are though, is that the X’s stand for the three mayor dangers that the city of Amsterdam once faced: floods, fire, and the Black Death. Another theory holds that the crosses were taken from the shield of the family Persijn, and refer to three of the family’s properties: Amsterdam, Ouder-Amstel, and Nieuwer-Amstel (present-day Amstelveen). The black pale, a heraldic term for a vertical band, that runs down the shield would represent the Amstel River, on which the three were located. The three crosses are also thought to be related to the three words in the Motto: Heldhaftig, Vastberaden, Barmhartig (Dutch: “Valiant, Steadfast, Compassionate”).

Sewer system plates in the streets 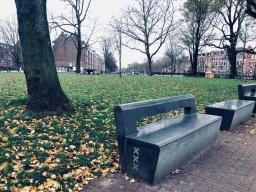 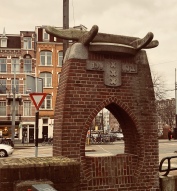