This is one of those places that captivate you at first sight (I love castles 🏰💕) and then when you learn all the history behind those walls… It amazes you more. The city of Muiden, where the castle is located, is 16km from Amsterdam Centre so we decided to go by bike. We rented some electric bikes that we wanted to try and headed there.  It took us approximately 45 minutes to get there, but we were stopping for pics and appreciating the fascinating landscape. 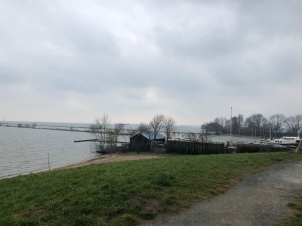 While on site, there are many activities to try: Tower route, knight’s route, Golden Age guided tour, the Falconer, the gardens and the Water Shield.

The indoor tours are about the history of the castle, which began in the year 1285 when the Count of Holland, Floris V ordered the construction. When he was killed the castle was destroyed. In 1370 it was restored and later extended. In 1878 it was made a national museum. Here you will find a great collection of armors, weapons, utensils, paintings, interactive games, fifteenth-century costumes to try on and cool spots to discover in the castle, plus the view from the top levels to the fields is stunning. They also have a cafeteria and a museum shop. 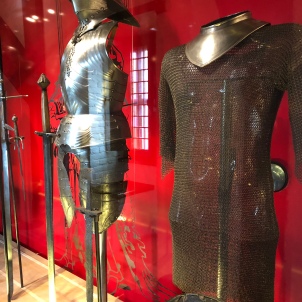 An armor usually weights between 20-25 kilos! 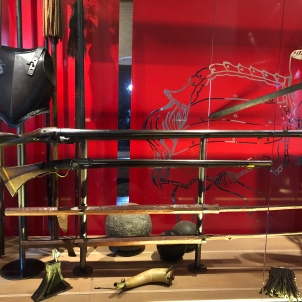 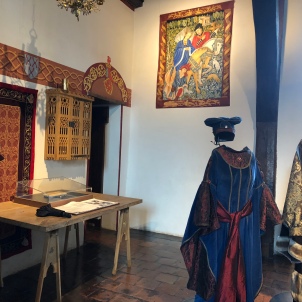 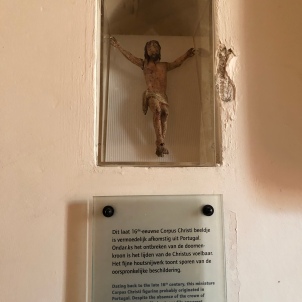 My favorite activities were outdoors 💚

The Gardens: Since the spring is just beginning, the gardens were still dry, but I can imagine it must be splendid to see them bloomed. They are divided into a vegetable garden and an herb garden, as they were in the past for kitchen and medicinal porpuses.

Entrance to the Gardens 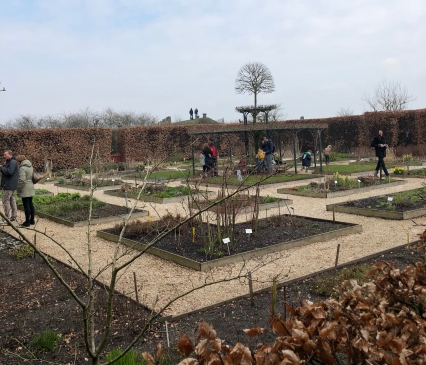 They have a vegetable garden and an herb garden.

Falconers: I really enjoyed watching these birds of prey 🦉 A falcon hunt was a major event, it was accompanied by entertainment and determined status. It was during a falcon hunt that Floris V was kidnaped and later killed. 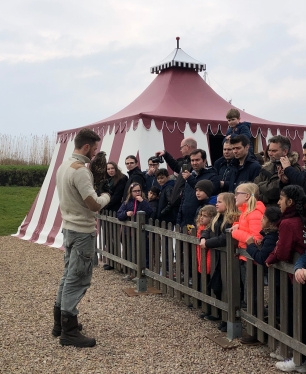 Water Shield: Water as an enemy and as an ally – a Unesco World Heritage.

As an enemy: The flooding risk was imminent, they were fighting all the time to maintain the dikes in good conditions to keep water out.

As an ally: Water became the most important weapon from 1629 to 1952. The fortifications of the castle were part of four waterlines created to defend The Netherlands. If an enemy was approaching, the land was intentionally flooded so it was too deep to walk or ride through, but not deep enough to navigate with ships, this kept them safe for a while. Of course, this was no longer useful when the aircraft appear in the panorama…

General info of the site